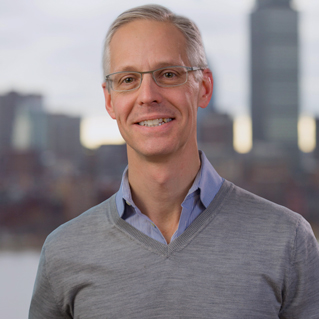 David is a partner with F-Prime Capital and leads the firm’s early-stage tech fund.  He is focused on FinTech and data analytics and has led investments in Kensho (acquired by S&P Global), FutureAdvisor (acquired by BlackRock), Flywire, Cloudant (acquired by IBM), Toast, EVEN Financial, Quovo,  and Axoni. David was a co-founder of Sensoria, Inc. and VP of Services at Into Networks, a Fidelity Ventures and Venrock-backed company acquired by Softricity.  Most recently, David was a senior executive at Cisco Systems.  He held early positions with J.P. Morgan & Co. and The Boston Consulting Group.

David graduated Harvard Law School and earned degrees in economics and accounting from Indiana University.  He is the father of two lovely, lego-crazed children who think he actually works for the Boston Museum of Science (in fact he only serves on the Board of Overseers).  David is, however, insanely passionate about FinTech Sandbox, a nonprofit he co-founded to serve FinTech entrepreneurs by aggregating data and infrastructure for free during a startup’s development phase.