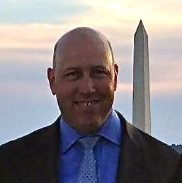 Scott Styles is a Managing Director in the Strategic Communications segment at FTI Consulting, and is based in Washington, D.C. He also is part of the segment’s Public Affairs practice and Government Affairs specialty practice (formerly C2 Group).

Mr. Styles specializes in employee benefits; energy and natural resources; healthcare and life sciences; and tax policy. He has worked on every major piece of healthcare legislation during the last two decades.

Prior to joining FTI Consulting, Mr. Styles was the senior vice president of federal affairs at America’s Health Insurance Plans (AHIP) for eight years. During his tenure at AHIP, he managed the lobbying and political efforts for the health-insurance industry. As a member of AHIP’s senior management, he worked closely with the CEOs and senior management at all of the major health insurers.

Mr. Styles also represented the industry on Capitol Hill and before the executive branch during the healthcare legislative battles. He has developed key relationships with the senior healthcare and leadership staff through these legislative efforts.

He joined AHIP from the lobbying firm Bergner, Bockorny, Castagnetti, Hawkins and Brain (BBCH&B), where he advised many Fortune 500 companies on legislative issues. He came to BBCH&B from the American Association of Health Plans (AAHP), where he was the executive director for legislative affairs: working with House leadership; the House Education & the Workforce, Energy & Commerce and Way & Means committees; and the George W. Bush administration on healthcare issues.

From 1990 to 1993, Mr. Styles served in the first Bush administration as legislative adviser for Secretary of State James A. Baker III. In this role, he worked on the administration’s legislative agenda related to international environmental and scientific issues; international organizations; and all treaties sent to the U.S. Senate. He was also a member of the U.S. delegation to the 1992 Earth Summit in Rio de Janerio, Brazil. Before joining the George H. W. Bush administration, Mr. Styles worked for the Texas Railroad Commission, where he focused on oil and gas issues.

Mr. Styles holds a bachelor’s in government from The University of Texas at Austin.